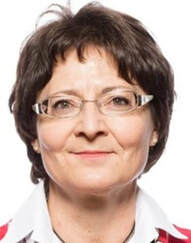 The programme My Fertility Matters was developed in Germany by Dr. Elisabeth Raith-Paula MD in 1999. At that time, she had already defended her doctoral thesis on natural family planning and gave lectures on this topic to adults. The most common question that came after these lectures was always the same: “Why haven’t I been told this before?” This gave Dr. Raith-Paula the insight to write a book for young girls reaching adolescence and their mothers. Later on, she started parents’ evenings to help them understand the adolescence changes. During these sessions, the idea was born to launch training workshops for girls and, later on, for boys.

​Stories about the workshops were passed by word of mouth across the entire Germany. Soon the programme spread to other European countries (France, Switzerland, Belgium, the Netherlands, Italy, Austria, Hungary, United Kingdom, Latvia), Mauritius, the Ivory Coast, China and, since 2017 to Lithuania. Over 20 years, more than 700 thousand children and their parents participated in the programme.

The project received a number of awards for innovative health promotion and prevention:
The book for girls ”Was ist los in meinem Körper?“ translated into nine languages. In ​2018, the book ”What's Going On In My Body?“ was translated into English.

Project in other countries: